I am an altoholic. I have at least tried to play all classes and aside from tanking, have played nearly all of the available specs. I love my alts, and my play schedule for a given day often depends on scrolling through character screens and choosing whoever appeals to me at the moment.

Laeleiweyn of World of Lae has begun an alt appreciation project, with prompts to wax lyrical upon a particular class each week. This sounds like my kind of thing!

This week's class is the Death Knight. I have one, Nachtmystium. 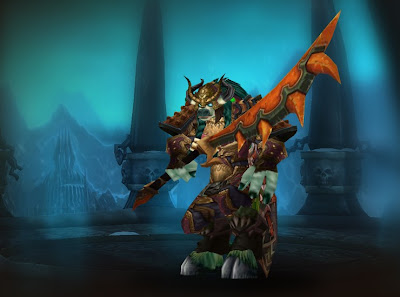 I started Nacht as soon as I had another character at level 55, so very soon after I began playing. I had heard that DKs were super overpowered and I wanted to see what that was like (I was playing a rogue at the time). Needless to say, Nacht wasn't OP in my hands. She died a lot in Hellfire Peninsula, and after being repeatedly slaughtered by naga in Zangarmarsh, I gave up. 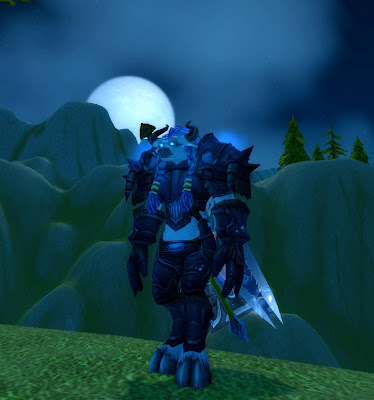 At the end of Cata, I decided to try the DK again. Armed with some actual knowledge of how to play the DK from various web resources, I race changed Nacht from worgen to tauren for a fresh start and began anew. 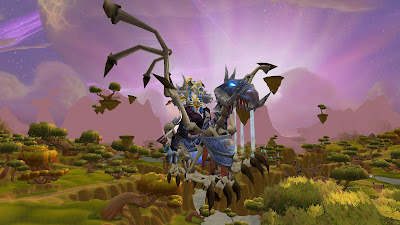 Oh my, so much fun! Armed with heirlooms and a frost spec that I semi-understood, I began by killing everything in Nagrand. She did damage! She wore plate! She had good self-heals! A couple of levels down I knew I was going to make it to level 85 this time. 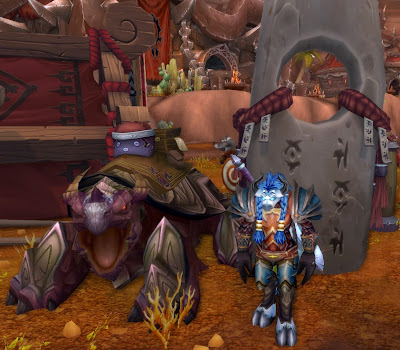 Right before Mists of Pandaria, Nacht made it to level 85 and even ran a few heroic dungeons. At this point I was seriously considering taking her into Pandaria first and making her my main toon. 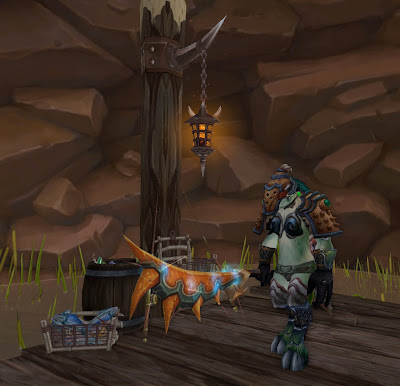 Eventually though I went with my enhancement shaman, who is still my main today. I didn't get back to Nacht until a few months ago, right after the 33% nerf to Pandaria leveling XP. She made it through the leveling content pretty effortlessly and did very well in heroic dungeons. She's up to ToES LFR now but I've kind of burnt out on playing her again. Maybe it's because I can't seem to upgrade her 450 ilvl weapon, but her deeps in LFR are pretty pathetic. It could also be because I just can't seem to get the hang of the rune system; I just mash buttons and generally feel like I'm flailing away. Of all of the classes, this feeling of not understanding the basic mechanics is the worst with my death knight. 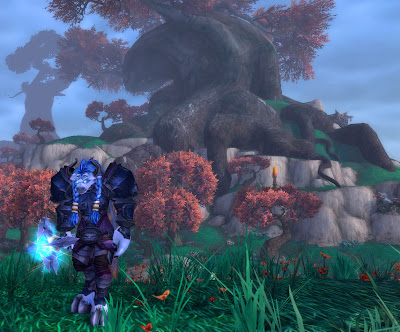 What do I like about death knights? I like the lore, the unique skin and hair colors, the concept of being a face-smashing necromancer, and the survivability while leveling (once I actually figured out a rotation). What do I not like? The incomprehensible (to me) rune system and the apparent loss of self-healing efficacy at level 90 (does Death Siphon not work at all at max level? Or am I doing it wrong?).

I still run Nacht through LFR now and then, but then quickly return to another toon. As much as I like her as a tauren, I may try race changing her. Sometimes that's what I need to rekindle my interest in a class.