This past week I've been experimenting more with the new ways to collect rep, valor and item upgrades for alts. My impression so far is that progression is much easier once a toon reaches ilvl 460 and begins LFR. Before that is still a heck of a grind, and expensive to boot. 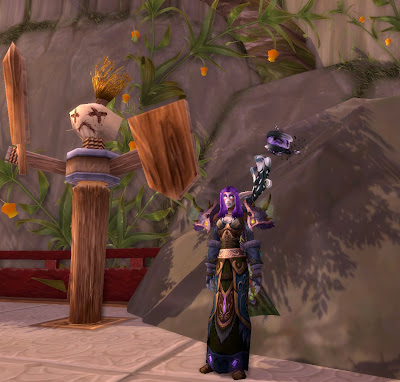 LFR drops have indeed improved! Is that a sha-touched weapon? Why yes, for my druid who wasn't all that concerned with doing the legendary questline. With her lovely new staff, she is now much more interested in dropping comets on Mogu for the Golden Lotus, which will also help her reach exalted with the Black Prince. She still needs a lot of Sigils though, since LFR had been so unkind to her prior to the patch. She wouldn't have gotten into ToES LFR at all if not for a cash infusion for PVP shoulders and a lovely crafted fan from my recently defected priest.... 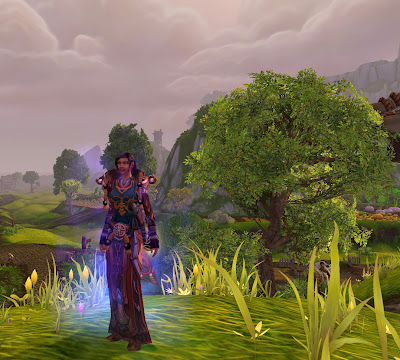 ...through some miracle of what remained of her immune system, Blatella the forsaken shadow priest found herself in human form once again. Better get out of Orgrimmar, and change your name, fast! 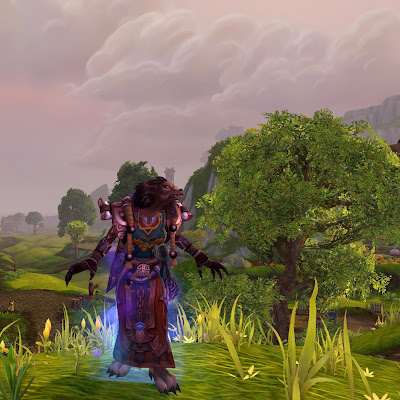 It wasn't a complete cure, unfortunately. Must have had a dormant case of the worgen curse while she was undead. No worries, it's good to be alive again!

So yeah, I moved my priest over to my Alliance server so she could provide crafted inscription goodies to my casters (and renamed her Myrmis, had to make the transformation complete). She's geared enough to begin Isle of Thunder-ing, but I want to run the Operation Shieldwall quests on her first to get her new Alliance affiliation in full swing. Although I'm loving her new worgen form, it felt really strange to be slaughtering Horde on the beach with Varian during the first quests. She can't let on that she was once one of them though, so she does as she's asked and keeps her poker face on. 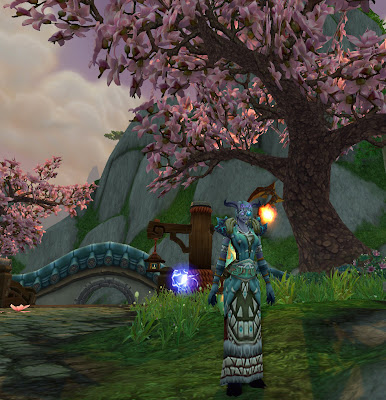 Calyx crafted her lovely 476 goggles and has been spending her JP on 458 gear because she had received 0 armor drops for at least 12-15 heroics run this week. In keeping with her charming but gold-digging nature, she shook down Myrmis and Mnium for enough gold to buy a lovely crafted 476 frock off the auction house. Pretty much broke the bank, but between the dress and a valor-bought belt she's just two points away from LFR. In 4 days Myrmis will have enough Scrolls of Wisdom to craft a staff for her, so that will push her over the line if she still doesn't get anything to drop before then.

In conclusion, LFR has indeed been nice to my alts, particularly Mnium, and has encouraged me to do some dailies to get back up to speed with the legendary questline. The rep boost for single heroics is small but nice, and has been building up on Calyx as she needs to do at least a heroic a day for valor and gear. The option to do a scenario each day is nice too. Added to the work orders on the farm, and the reps are coming along nicely, although I was skeptical that they would make much difference when I first did them.

I'm not sure when I'll venture to the Isle of Thunder. I feel like I have plenty to do without adding all of the new factions. Myrmis is ready for the LFR and I'm not sure she'll run it this week, as she still needs 2 pieces of tier armor from the last bunch. I'm in no hurry, it will be there when I'm ready.
Posted by Wapsipinicon at 2:07 PM