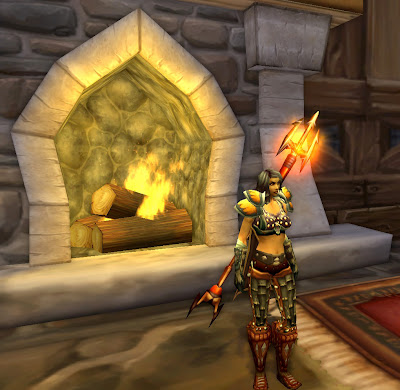 I've borrowed that word from Tome of the Ancient, as it is a perfect descriptor for what I've been doing in WoW this past week. Apparently my attention span is so abysmally short these days that I can't be bothered to play a single character for more than an hour at a time. So I've been bouncing back and forth between Wapsi, my current go-to decently geared level 90, and whatever leveling toon I feel like hanging out with. For example, I decided to work on my Loremaster Northrend zones with my feral druid (above), who has been sitting at level 70 since MoP dropped. Questing as feral is fun, especially with heirlooms, so I figured I would run around as a kitty for awhile until the dreary questing in Dragonblight drives me screaming to another toon in a sunnier zone. Before doing so, however, I needed to do some transmogging and buy some glyphs and buy her fast flight form etc etc. This tinkering and preparation is one of the things I like about playing many alts. 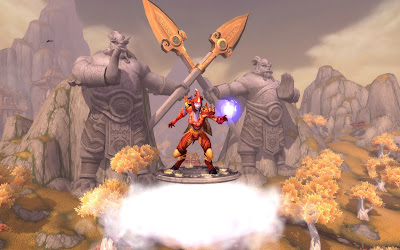 Wapsi oh Wapsi! Hitting bugs in the face with Stormstrike feels so good! Wapsi has been through both Ahn'Qiraj raids twice now, and is halfway to exalted with Cenarion Circle for her Guardian of Cenarius title. She's beaten the bugs until they exploded with goodies that she turned in to the quest givers at the entrance for her lovely new outfit. 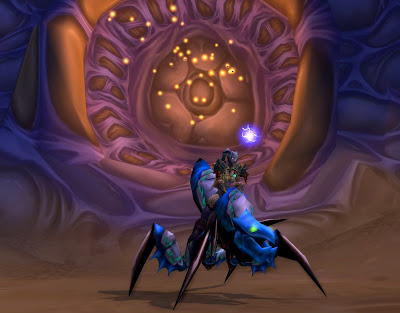 Bug mounts! Bummer that she can't use them outside of the raids, they're pretty sweet. She got all of the colors, including the red one for the achievement. 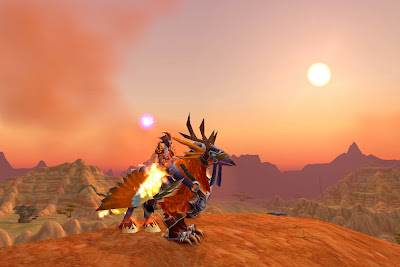 For once, I felt like doing some new patch stuff as soon as it was available. Wapsi went on the new 5.3  scenarios and into Durotar and the Barrens at the bidding of Lorewalker Cho, and by the end of the evening had a nice new pair of boots. This is what I have been asking for- a little more frequent reward for effort in game. Grind + RNG is the motivation killer. 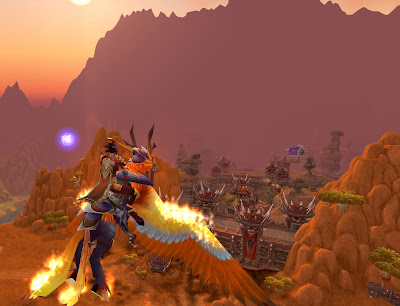 It was interesting to return to Horde territory with Wapsi, having recently defected from that faction. It felt good to work with the Darkspear trolls plotting Garrosh's overthrow, but even though I've turned my back on the Horde this expansion, I still think Orgrimmar is a more beautiful city than Stormwind. I miss the red and orange and brown color palette, the zeppelins, the tauren and trolls and blood elves. But I don't think the future looks too good for my favorite city, and I'm curious to see who the new Horde leader and capital city will be at expansion's end.
Posted by Wapsipinicon at 11:41 AM